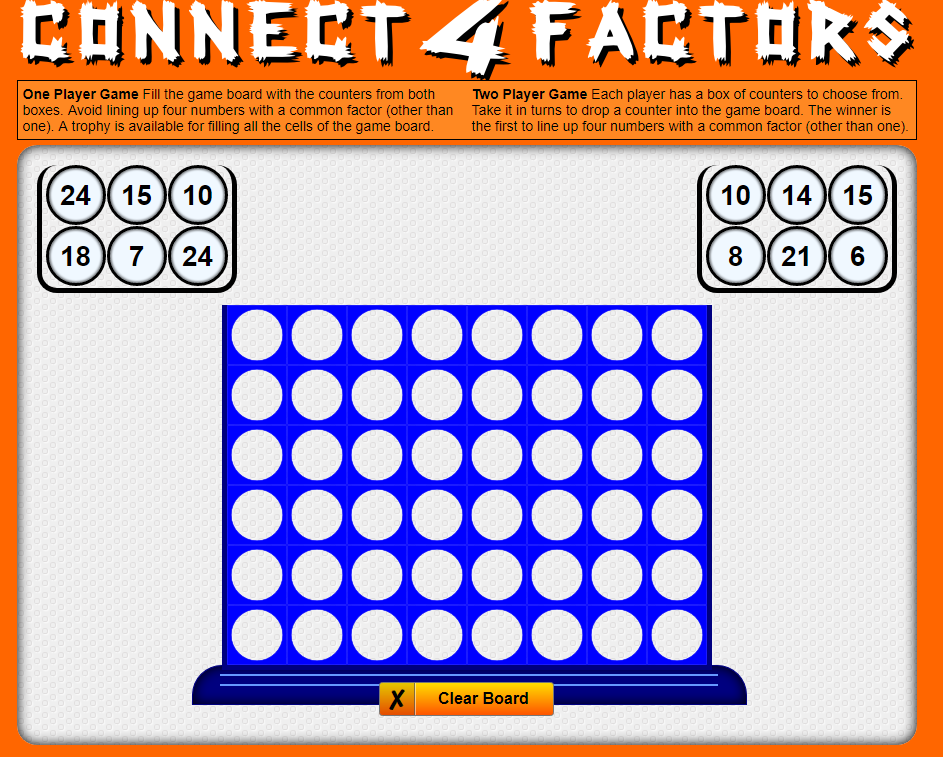 A game designed to consolidate students' understanding of factors. Can be played as either a two-player or one-player game:

One Player Game
Fill the game board with the counters from both boxes. Avoid lining up four numbers with a common factor (other than one). A trophy is available for filling all the cells of the game board.

Two Player Game
Each player has a box of counters to choose from. Take it in turns to drop a counter into the game board. The winner is the first to line up four numbers with a common factor (other than one).