Battles of the Western Front 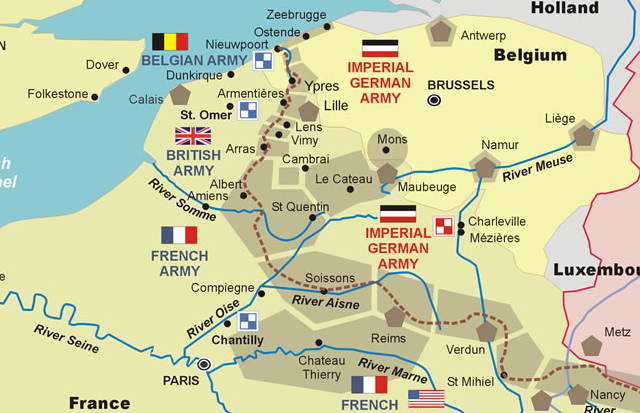 This page provides an overview of the major battles which took place in Belgium and France from the autumn of 1914 to the 11th November Armistice of 1918. The outcome of the battles resulted in the formation of a battle front, which saw three years of attrition warfare in 1915, 1916 and 1917, with only a few months of mobile warfare at the start and at the end of four years of fighting. www.greatwar.co.uk